As a sovereign nation, the Fort Belknap Indian Community has the right and responsibility to self-government, including the creation and promotion of economic development to benefit Tribal Members.

IMDG’s mission is to build a self-sustaining local economy through the creation of business opportunities, jobs, and resource development.

Today, IMDG and Tribal Members are working together to bring about true, generational change and economic prosperity to the Fort Belknap Indian Community.

Since inception, IMDG has developed a strategic and viable platform that has enabled continuous growth across multiple business verticals.

Learn more about our investment in key industry sectors 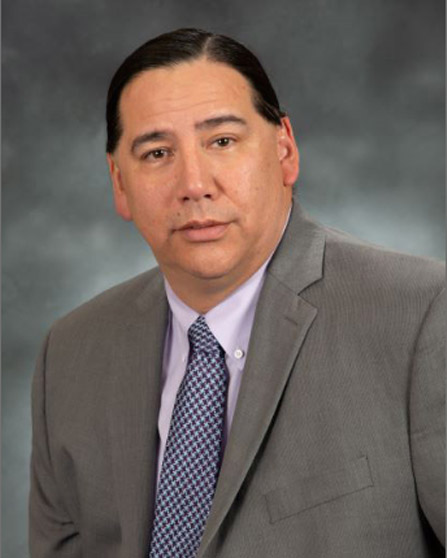 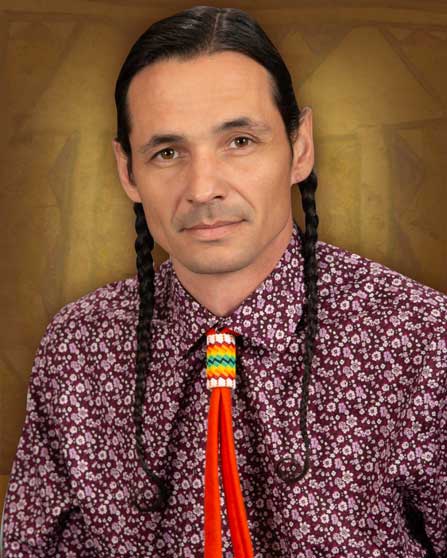 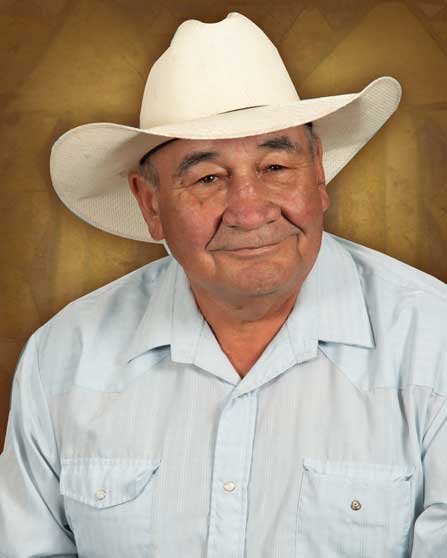 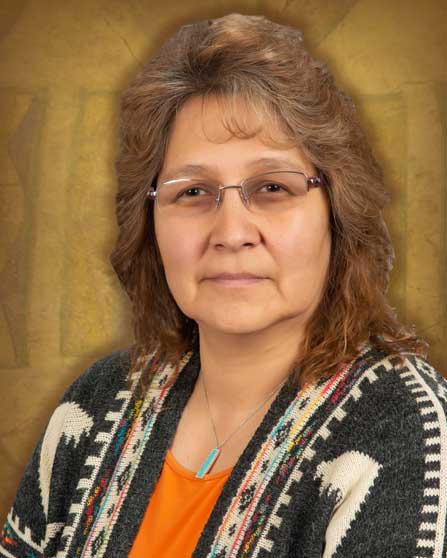 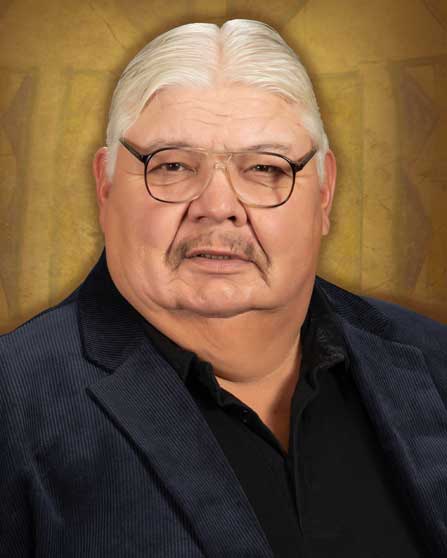 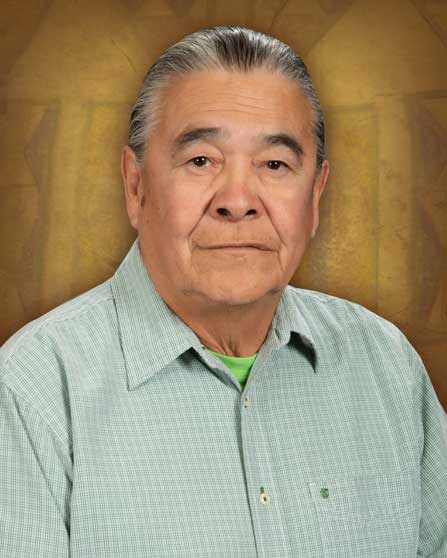 Decision making power resides within IMDG for the benefit of the FBIC.

Investments and programs must be focused on building a self-sustaining economy on FBIC.

Tribal values including equality, generosity, humility, honesty, respect for resources is embedded in the values of IMDG and reflected in day-to-day business practices.

Long term objectives and priorities are the criteria by which specific development options are analyzed and business decisions are made.

The Fort Belknap Indian Community is home to the Aaniiih and Nakoda Tribes. Both Tribes evolved from a plains Native American culture that relied on buffalo for subsistence and the horse for movement within their traditional territories.

Today, the Tribes have adapted to an ever-changing world and yet retain culturally significant elements that make them distinct as sovereign Nations.

In the mid-18th century, the Gros Ventre acquired horses and at this time experienced their first encounter with the white man in approximately 1754, near the Saskatchewan River. The resulting exposure to smallpox severely reduced their numbers.

In 1868, the United States government established a trading post called Fort Browning near the mouth of Peoples Creek on the Milk River. While this trading post was originally built for the Gros Ventre and Assiniboine tribes, it was built on a favorite hunting ground of the Sioux Indians, and it was abandoned, as a result in 1871. After the abandonment of Fort Browning, the government built it on the south side of the Milk River, about one mile southwest of the present town of Chinook, Montana.

In 1876, Fort Browning was discontinued and the Gros Ventre and Assiniboine people who were receiving annuities at the post were instructed to go to the agency at Fort Peck and Wolf Point.

By an act of Congress on May 1, 1888, (Stat., L., XXV, 113), the Blackfeet, Gros Ventre, and Assiniboine tribes ceded 17,500,000 acres of their joint reservation and agreed to live upon three smaller reservations. These are now known as the Blackfoot Confederacy, the Fort Peck Indian Reservation and the Fort Belknap Indian Reservation. By 1904 there were only 535 A’ani tribe members remaining. Since then, the tribe has revived, with a substantial increase in population.

There are currently over 8,000 enrolled members in the Fort Belknap Indian Community, which includes the Assiniboine people, who were historical enemies of the Gros Ventre.

Pierre Jean Desmet, a French Jesuit missionary of the early 19th Century stated that the Assiniboine were once members of the Yanktonai band of Dakota (Sioux). The oral tradition of the Assiniboine, however, refutes that claim. According to oral history in all Assiniboine tribal bands, their origins are Algonquin.

Tribal oral history states that the Assiniboine originated in the Lake of the Woods and Lake Winnipeg areas of Canada. The Assiniboine became close allies and trading partners of the Cree, engaging in wars together against the Atsina (=). Together they later fought the Blackfoot.

A Great Plains people, they generally went no further North than the North Saskatchewan River. They purchased European trade goods from the Hudson’s Bay Company through Cree middlemen.

In 1744, a division was noted, and “the people” divided again with some bands moving west into the Valleys of the Assiniboine and Saskatchewan Rivers in Canada. Others moved South into the Missouri Valley. Bands also inhabited an area from the White Earth, Minnesota, West to the Sweet Grass Hills of Montana. Some also lived and roamed North of the U.S.-Canadian border to a line running East and West from Hudson Bay to the Rocky Mountains.

There have been thirty-three bands of Assiniboine identified. According to Edwin T. Denig, the Assiniboine returned to the Missouri region between 1800 and 1837, numbering approximately 1,200 at that time.

The Assiniboine were typically semi-nomadic large game hunters, living in tipis and dependent on the Buffalo, using Buffalo hides for clothing and receptacles. They hunted on horseback with bow and arrow. The tribe is known for its excellent horsemanship. They first obtained Horses by trading with the Blackfeet and the Gros Ventre tribes.

By 1750 the Assiniboine hunting grounds embraced all the Canadian prairies. Both the Canadian and U.S. branches of this tribe occasionally slaughtered entire herds by driving them into compounds. The meat was roasted on spits or boiled in hide bags by means of hot stones. The Assiniboine also made pemmican. The Dog was the only aboriginal domestic animal and was generally used to carry packs and pull travois.

The Assiniboine did a considerable amount of trading with Europeans in the fur trade. They worked with the Mandan, Hidatsa and Arikara tribes.

Most Assiniboine attached great importance to visions, and these took precedence in religious life. Ceremonies and rites were performed individually or in groups, including offerings, prayers, the singing of sacred songs and the solemn unfolding of a pack containing sacred objects. Tremendous importance was attached to the songs, which were repeated according to their mystic number.

The Assiniboine considered sweating necessary purification before participation in any major ceremony. Their favorite incense for major ceremonies was made from sweet grass. Tobacco was, as a rule, reserved for ceremonies and other solemn occasions. The pipes were handed and passed according to definite tribal traditions.

The Assiniboine believed in great power-The Creator. They lived their religion every day. Ceremonial rituals included sacrifices, fasting, and a variety of prayers.

Harold “Jiggs” Main is the director of the Fish & Wildlife Department for the Fort Belknap Indian Community (FBIC) and an enrolled member of the Gros Ventre Tribe of the FBIC. Main is dedicated to public service, having spent more than 30 years in leadership and management positions supporting the health and welfare of the people of Fort Belknap Indian Community. During the past decade, Mains has helped develop the conservation management for FBIC’s natural resources through his work with the Fish & Wildlife Department. An enrolled member of the White Clay Nation, Main is a strong advocate for programs that preserve and perpetuate the unique cultural resources of our community.

Main is motivated to improve the quality of life for the members of Fort Belknap. He grew up in a time of poverty and few employment opportunities on the reservation. Main’s father had to travel away from the reservation in order to find work to support his family. Main attended school through the seventh grade in Hays, Montana, before his family moved to Butte where he graduated from Butte Central High School in 1970. Main joined the marines in 1971, returning to Fort Belknap after being honorably discharged. Main started his family life in 1976 and has three children. Currently, Main is honored to be involved with the economic development activities with Island Mountain Development Group, making a difference in the lives of the people of Fort Belknap.

Kenneth “Tuffy” Helgeson” is currently the Vice-Chairman of the IMDG Board of Directors. Kenneth is an enrolled member of the Nakoda Tribe and is dedicated to revitalizing the Nakoda language. He taught for eighteen years at Hays/Lodgepole Schools. Kenneth is now a language teacher at the Aaniiih Nakoda College and is the Director of the ANA Language Program in Hays, MT. He also serves on the Nakoda Treaty Committee and the Hays/Lodgepole School Board.

Community is at his heart, and he was one of several people organizing the Wasay Wakpa Waci and Oškade, the Red Paint Creek pow-wow and rodeo. In addition, he helped organize the youth series rodeo in Lodgepole and served on the International native games society. He is a seasoned announcer and arena director for pow-wows. Kenneth is passionate about our Native youth and has had a hand in the growth and development of many young people. He loves his hometown of Lodgepole. Kenneth is blessed with his beautiful wife of 18 years and his ten-year-old son!

John Hawley is a member of the Gros-Ventre (Aaniiih) Tribe and the Fort Belknap Indian Community. Hawley served two terms on the Fort Belknap Indian Community Council. From 1993-1995, Hawley was the Mountain Gro Ventre District Representative and served as the Chair of the Land Committee. From 2015-2017, Hawley was Gros Ventre representative at large serving on the public safety oversight committee. He also served two terms on the Hays Lodgepole School Board. Hawley manages a commercial cow/calf operation with his wife and family. His interests include economic development opportunities for the people of Fort Belknap and the environmental preservation and stewardship of the homeland and last stronghold of the people of Fort Belknap. He previously worked road construction around the state of Montana and for the Tribe and BIA.

A member of the Aaniiih Tribe and the Chickasaw Nation, Ramona resides on the Fort Belknap Indian Reservation. Ramona received her Business Education degree at MSU-Northern. As a former Upward Bound Director & Business Instructor (Aaniiih Nakoda College, Harlem & Dodson High Schools), Ramona believes in empowering our youth and communities through education and encouragement.

Chris “Smiley” Gardipee is an enrolled member of the Assiniboine Nation. He has dedicated much of his life to public service for the betterment of the People of the Fort Belknap Indian Reservation. Besides serving on the IMDG’s Board of Directors, he currently ranches. Smiley’s past experiences include serving in law enforcement as a police officer for the Bureau of Indian Affairs and as a past councilman of the Fort Belknap Indian Community Council.

Tracy “Ching” King, is the current President of the IMDG Board of Directors. Tracy is an enrolled member of the Assiniboine Tribe and is a passionate, visionary leader amongst the Gros Ventre and Assiniboine Tribes. A former two term President of the Fort Belknap Indian Community Council, Ching has dedicated much of his career to promote and establish various economic opportunities for the People of Fort Belknap. His tireless work ethic, along with his intrinsic need to see all tribal members succeed is a driving force within the Board of Directors of IMDG.

Terry Brockie is an enrolled member of the Gros Ventre Tribe. He holds a BS in Elementary Education from Montana State University Billings and an AA in Liberal Arts from Haskell Indian Nations University. Prior to coming to IMDG, he was first Native American in the history of Montana to be elected to the position of County Superintendent of Schools. Terry also taught his Gros Ventre language for many years in the local public school systems and at Aaniiih Nakoda College. He is married to Tawnya Bizardie and has two sons, Truth and Titan.

IMDG is an Equal Opportunity Employer, and except to the extent required by its Native American Preference Policy and Veteran Preference Policy, IMDG prohibits any discrimination because of race, color, religion, sex, pregnancy, age, national origin, citizenship status, veteran status, physical or mental disability, genetic information, political affiliation, or any other basis protected by applicable law. This applies to all employment decisions, including hiring, promotion, termination, and other matters affecting terms and conditions of employment.

Island Mountain Development Group is a drug-free work environment. Pre-employment drug testing may be required. Applicants must consent to a background check.